While you probably don’t have an hour and a half to sit through a video this Monday morning, this incredible speed run video through Dark Souls 2 – the latest installment in a trilogy that ranks as arguably the most challenging video game series since the pre-save your game days – deserves your attention.  While I just recently picked up Dark Souls 2 this past week – my initial thoughts are coming this weekend – I was a huge fan of Demon’s Souls which started this crazy series off, and I’ve also been known to peruse into the world of video game speed runs, although I prefer to stick in the retro arena.  And by retro I mean Goldeneye 64.  More on this crazy speed run after the jump!

END_OF_DOCUMENT_TOKEN_TO_BE_REPLACED

Back on April 3rd, which seems like a long time ago (this is our 100th post, believe it or not!), we published an amazing trailer for Naught Dog’s upcoming adventure game, “The Last of Us“, which may look like a new Uncharted, but according to the developers, it’s quite different.  Not like that would be a bad thing, but you know what I mean.  Looking ahead to the near future, “The Last of Us” will hit store shelves on June 14th, and will be an exclusive title for the PS3; sorry Xbox’ers.  Like you needed more depressing news after Monday’s debacle?  Naughty Dog has released brand new demo discs to many of the latest news outlets, which means savory new, HD game play footage that you absolutely must-see.  Did I mention the game play video is more than 15 minutes long?  You’re welcome.

END_OF_DOCUMENT_TOKEN_TO_BE_REPLACED 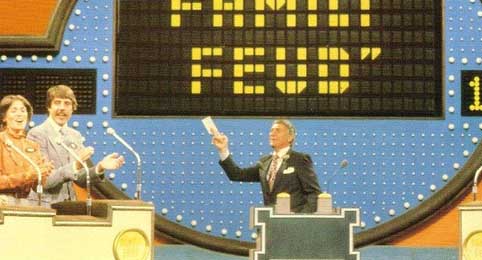 This question will make our gamers out there in SQ Nation chuckle out loud; I know I did.  There are just too many things that come to mind that you could argue.  Profanity?  The lack of maturity?  Camping?  “Your mom” jokes?  Lag?  I think I could come up with 100 different things that blow orifices about online gaming, and I think you could too.  Although I mostly reach for the single player venues currently, via Demon’s Souls and Diablo 3, I do jump into the StarCraft 2 arena pretty frequently, although I’m still learning.  Gone are the days when I used to destroy people online in Red Alert, and don’t even get me started about Goldeneye.  Hit the link below for a hilarious take on one gamer’s position on what the worst aspect about online gaming is.  I think most of us will be able to relate!

END_OF_DOCUMENT_TOKEN_TO_BE_REPLACED

In October 2011, From Software released an unofficial sequel to the deathly-hard, highly-addicting “Demon’s Souls” under the similar name, “Dark Souls”.  Since then, the equally hard sequel has been rung up at cash registers around the world a whopping 2.3 million times.  That’s a staggering sales figure for any game, but for a title that many consider a “hardcore gamer niche”, that arguably makes it even more impressive.  As a huge fan of the series (please tell me this isn’t your first SQ experience), I am not surprised but if you had asked me yesterday for a SWAG estimate on the number of units moved, I would have came back with about 1-1.25M; I would have never thought that the 2 million barrier had been broken, but I am happy that it has because folks, this series is absolutely bad ass.  If you haven’t read much of my prose here at SQ, all you need to read is what my eloquent and esteemed colleague wrote in our official SQ “About” page; if you happened to have been addicted to Goldeneye’s Control Mission on 00 Agent mode like myself, then this series is for you.  Don’t even watch a trailer, or finish reading this article; go to your local game shack and pick at least one of these two titles up.  End of story.

END_OF_DOCUMENT_TOKEN_TO_BE_REPLACED

Addiction is a strong word, but when we’re talking about Demon’s Souls/Dark Souls, addiction may not be a strong enough word to describe how much I enjoy these games.  Above all else, the insane challenge and actual feeling of achievement with this series makes these games amazing.  When I sit down to play Demon’s Souls, I honestly feel like I’m playing an old school NES game with no save capability, except I’m seeing Playstation 3 graphics and not 8-bit pixels and sprites.  I could go on for pages, but let me just state that if you haven’t picked up Demon’s Souls or Dark Souls, you’re wrong.  Go fix yourself.  Enjoy the salivating footage, and hit the link below for more details/comments.