The rumor mill hath finally ended, thankfully.  Yesterday gamers around the world were entranced as Microsoft unveiled its third Xbox console, crushing the rumor mill once and for all with the true name, Xbox One.  What happened to 720, Durango, Stingray, and Infinity?  Gone, and it goes to show us all that they were most likely all generated just to garner the classic 15 minutes of fame, or they were just completely misled by Microsoft from the beginning.  Either way it’s a sad, depressing day for those rumor makers.  But what about us gamers?  It was “Xbox Reveal Day” after all; how did the unveil go, and what can we expect this November?  Hit the link below for all the details on One!

For those that caught the news conference yesterday, you may have came away scratching your head on a number of issues with the new Xbox One, most likely in regards to the “is the Internet required to play games” rumor.  After a confusing press conference, Microsoft has come back to state that an Internet connection is required to play single player games, as the system has to connect to the web once every 24 hours at a minimum, probably to validate identities, etc.  That’s pretty shocking, and while most gamers won’t be affected, this is sure to turn many away and into Sony’s arms.  What about all of our service members overseas who just wanted to play a game of Call of Duty: Ghosts before their next foot patrol?  Sorry, can’t do it; sure they likely will have Internet, but you can’t connect that to a secure network.  This is one rumor that ended up getting validated; original rumor story here.

For this gamer, the motion sensor department of video games has been more of a novelty than a way of life; I’d much rather have a keyboard and mouse or game pad for my real games.  Thanks to Microsoft’s “Skype” purchase not too long ago however, the Kinect actually has some relevancy that has even intrigued this mofo.  Xbox One will come with the new Kinect bundled, and the 1080-p camera will actually visually scan and identify a user as they walk into the room.  Minority Report anyone?  I think that’s pretty neat.  What also is neat is the actual integration of Skype, and how you can video conference on your couch even while watching live television.  All those Popular Mechanics magazines from the 80’s are about to become a reality. 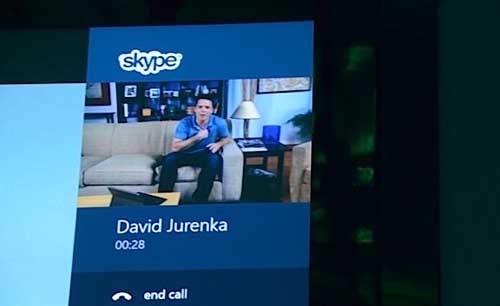 Yeah, but what about the games?  Microsoft brought EA to the big dance yesterday to showcase their new Ignite game engine, and show how it will power their next round of sports games.  Also on the short game reel was a new title from the makers of Alan Wake, which failed to impress, as well as an obligatory footage video of the upcoming number-one seller Call of Duty: Ghosts, which Microsoft has stated Xbox One will be the first version of the game to receive downloadable content.  As of today, May 22, only Microsoft’s in-house racing game, Forza 5 will be available upon launch, however it was also added yesterday that the Xbox One as of now will be home to 18 exclusive games, all 18 of which have yet to be announced.  The verdict?  Yawn.

Microsoft has really ran with an odd marketing strategy here.  With E3 less than a month away, Microsoft chose to release some knowledge now, and some at the big convention, leaving lots of confused, and likely unimpressed gamers in between.  The always-online requirement isn’t a deal breaker for me, but it is a turn-off; the complete lack of games at this point has me leaning towards a new PS4, but hopefully E3 will change that.  I will be curious to see who will bring a more attractive launch library as well; we’ll have to wait and see.

More to follow as usual, folks!  Drop us a line in the comments below!