Quick, someone sell me on the PS Vita.  Anyone?  Bueller?  After taking a new 9-5 gig this past fall, I have found myself on the road for work as many as three weeks out of the month, meaning I wake up in a Holiday Inn Express (baller!) about 12 times per month on average.  Some may call it depressing, others would also call it depressing.  In reality the job is great, but I miss my PS3 (and my fiance, of course!). I am a pretty stubborn handheld gamer however, as the only system that I have ever stuck with was the original Nintendo Game Boy.  For those of you reading this at the local Applebee’s after getting shot down for attempting to sneak into that rated-R movie tonight, I’m talking about the old school, black and white Game Boy that was about the size of a brick.  The Game Boy with the color screen?  That was still a few years out in my day.  My only other foray into handheld gaming was the Sony PSP, which I actually owned on two occasions.  My dilemma then is the same issue I put forth to you today: is the Vita worth it?  Much like the Vita, the PSP had so few worthy games that justified the hefty purchase price.  Once I beat the only good games in the library, and there was nothing new on the release list, it was back on the used hardware shelf at GameStop faster than you could comment below on how awesome my Photochop is.  Welcome to SQ btw. 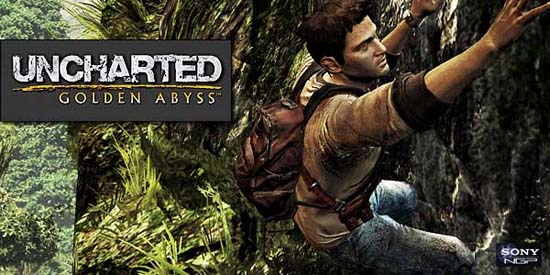 Uncharted: Golden Abyss is the most obvious reason that makes me want a PS Vita in my travel briefcase, but in my opinion its really the only “must-have” title in the Vita library that I can see.  Does 20-30 hours of Uncharted happiness justify dropping $300 on the total package, only to get back a quarter of that should I head to GameStop afterwards?  I’m not sold yet.  What’s next? 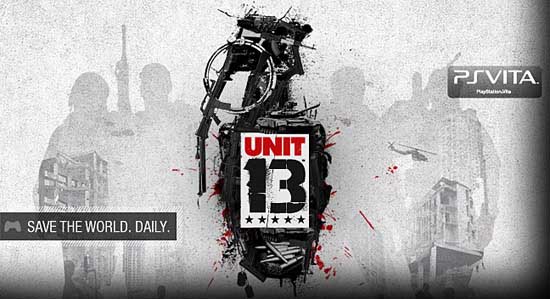 While I haven’t played Unit 13 since its release about a year ago, it is one that has always intrigued me.  Third person war shooters have always been entertaining (I am a Marine, so yeah), and the reviews for Unit 13 have all been above average to very good.  Is it enough to wow me?  Not really, as I still haven’t picked a Vita up yet, but this would be a title that I would likely grab if/when I do walk out with a Vita.  Alright, two down, two more to go. 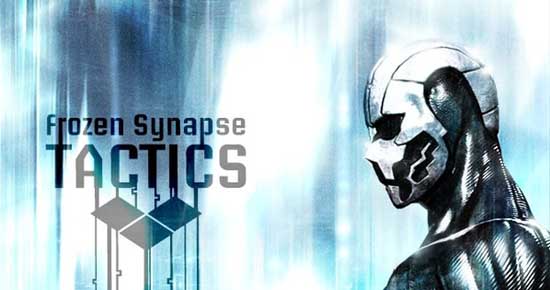 Frozen Synapse: Tactics isn’t out yet, and still has yet to receive an official 2013 release date, but it looks pretty cool.  I’m a big RTS fan, and the idea behind the game play  even though it is turn based, seems interesting.  Frozen Synapse would likely be one I wait for the reviews on, but it also may be on that I go out and buy regardless of what the other publications make of it simple because I think it will be a good one.  Like the first two, Frozen Synapse: Tactics is not a world beater, but it’s helping Sony’s implicit sales pitch.  One more to go! 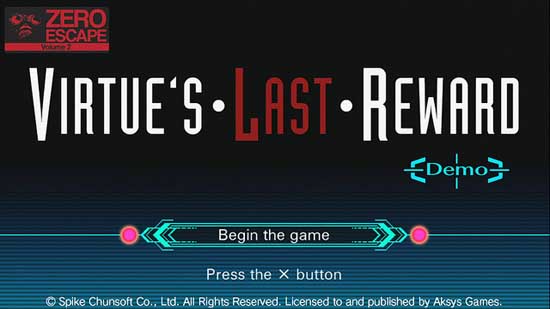 I have never, ever been a fan of anything Japanimation related, or Afghanistanimation related, and I’ve even been there.  I absolutely cannot, and will not ever get into a JRPG (not counting Final Fantasy); Skies of Arcadia for the GameCube was as close as I got, and I’m not into pirates either, so that didn’t last too long.  So what is Zero Escape: Virtue’s Last Stand other than a really weird name?  I think everyone asks that off the bat, yours truly included.  Zero Escape appears to be a sequel to the surprise Nintendo DS hit, 999, and follows the same “this is more of an interactive e-book than video game” path that the original successfully laid out.  I’m not sure what to really think yet; most Internet commenters state that you really need to play 999 first for story purposes, but that opens up an entirely new article about whether I should get a DS, and I’m not goin there tonight.  The story line appears to be a major hit, and as a huge fan of Bioware games, I will definitely buy a game if the story is top notch (KOTOR anyone?).  Zero Escape also appears to have some major “WTF endings” that are possible, and that kind of makes me want to pick this one up.  Does it justify picking up a Vita though for an interactive e-book?  I’m still conflicted, and leaning towards no.  This game also features the old Animal Crossing in-game, real-time clock as well, which was awesome at the time (Animal Crossing was a game all my fraternity brothers laughed at me for buying, until later that afternoon when all of them were fighting to play).

That’s it – four games.  Final Fantasy X HD gets an honorable mention, as that is one of the few FF’s that I have still yet to play, so I would grab that when it arrives, but that’s likely a long time out.  So here’s what I need: do your research, pull out your whiteboards, send me brochures, do whatever you can to sell me on grabbing a PSP, because I’m still on the fence.  Leave your sales pitches for me below in the comments, because we’re all slightly qualified in a way.