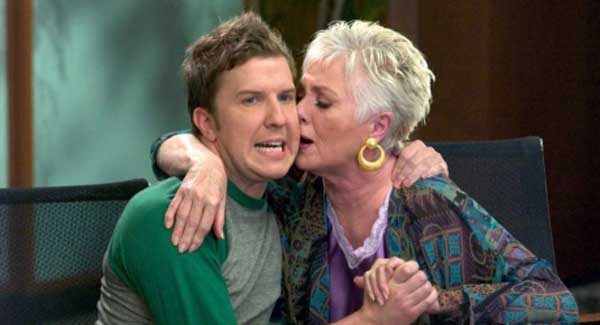 I’m not a fan of gamer stereotypes, although they can seriously make me laugh when they’re in good fun.  Probably the biggest gamer stereotype of them all is that gamers are virgins, or that they never have actual girlfriends.  Many would label the gamer community as anti-social, or socially awkward folks that never leave their parents basements; one of our all-time favorite movies portrayed this hilariously well (Grandma’s Boy!), and I’d like to point out that could not be further from the truth.  At least in our case here at SQ.  Regardless, I don’t feel like jumping on the gamer stereotype soap box, because the outstanding funny picture below is just too funny and doesn’t help my argument.  If you do one thing today, click the link below.

END_OF_DOCUMENT_TOKEN_TO_BE_REPLACED

In 2009, Somali Pirates did something that hasn’t been accomplished in two hundred years: they captured and hijacked an American cargo ship in International waters.  Based on this true story, Captain Phillips stars Tom Hanks in what looks to be a really bad ass movie, even if we all know what the outcome was (Navy SEALs 1, Somali Pirates 0).  The film, which is directed by Oscar-nominee Paul Greengrass, is based on the real Captain Phillips’ book on the pirate experience, A Captain’s Duty: Somali Pirates.  The film hits theaters this fall on October 11th, and if I don’t get a chance to catch this one in theaters, I will definitely be looking for it on Red Box or On Demand.

END_OF_DOCUMENT_TOKEN_TO_BE_REPLACED

Although I only lived in Grand Rapids, MI, for about 8 months, Stella’s Lounge made quite the impression on my stomach and liver.  Located in the Heartside district of downtown Grand Rapids, Stella’s Lounge offers a huge variety of old school video arcade games, an awesome variety of local, Michigander-craft beers, and according to GQ Magazine’s July 2012 issue, “the best burger in the world“.  Stella’s for me originally was the local, convenient bar, as I lived literally across the street from the entrance on Commerce Ave; however, I probably didn’t go there for a good month or two after moving in because of another stellar, Grand Rapids craft beer bar called “HopCat”.  It was at that awesome bar that I realized that HopCat owner also owned Stella’s, so I figured enough was enough; let’s check this place out.  When I walked in on that Saturday afternoon last Summer, I was extremely surprised; hit the link for more on this awesome drink, eat, and playery!

END_OF_DOCUMENT_TOKEN_TO_BE_REPLACED

Where are my Curb Your Enthusiasm fans at?  I have experienced every single episode of this hysterical HBO series, and I am hoping that Larry David comes back for a ninth (and more) season.  Originally known for being the creator of “Seinfeld”, Larry David brings his George Costanza-type humor (you knew George’s character was based off Larry in real life, right?) to the streets of Los Angeles, where his extremely blunt and sarcastic personality seem to always get himself in trouble.  The guy is a flat-out comical genius, and if you haven’t seen this show, you’re wrong.

END_OF_DOCUMENT_TOKEN_TO_BE_REPLACED 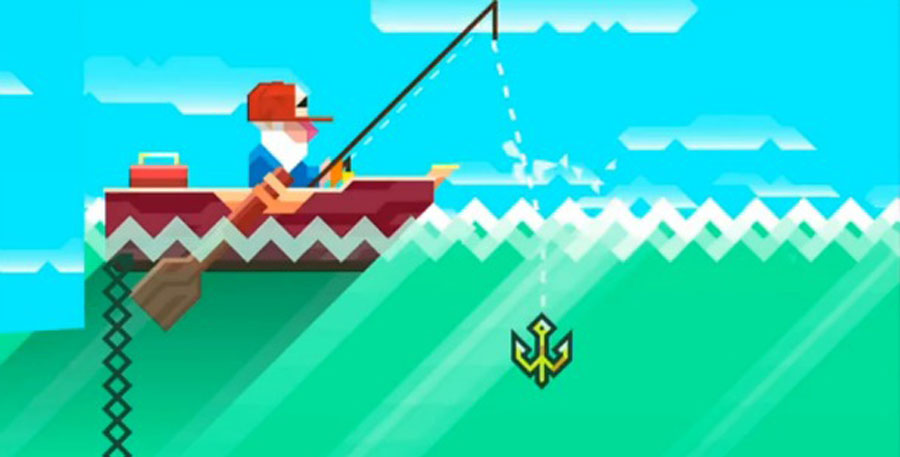 I am pretty damn picky when it comes to iPhone/iOS games and apps; Mutant Mudds was the last game that really got me hooked, and I still find myself running back through those 3D levels in a vain attempt to reach 100% completion (get back to me in a few years).  Although I have a track record of downloading many different iOS games on my iPhone 5, the majority get deleted either right away, or within a day or two at the latest.  Ridiculous Fishing is one of those rare, insanely addicting iOS games that has made its way onto my iPhone, and I can’t stop playing it.  And for only $2.99 in the App Store, this game is absolutely well worth it.  More details on why we like Ridiculous Fishing after the link.

END_OF_DOCUMENT_TOKEN_TO_BE_REPLACED

In just 15 short days, Arrested Development will be back on the airwaves courtesy of the fine folks over at Netflix digital; if you haven’t signed up for Netflix yet, you’re wrong; it only costs like $9 per month.  On top of that, you can easily Google for a free trial and simply start it up on May 26th; that should get you at least a few episodes for free if you’re that cheap.  So in honor of this rapidly approaching, monumental date in TV history, I present to you the unofficial 200 greatest quotes video from Arrested Development.  This will be the best ten minutes you spend all day, that is, unless you decide you want to hang out around SQ longer; then your day will be even sweeter.

END_OF_DOCUMENT_TOKEN_TO_BE_REPLACED

I love sci-fi movies.  Star Wars got me hooked as a kid, and my two most recent favorites have got to be TRON: Legacy and Prometheus.  Gravity is a new space thriller that will hit local theaters this October, with George Clooney and Sandra Bullock starring as the two astronauts who get flung out into space after the International Space Station explodes.  The trailer above has me interested, but I’m scratching my head as to how you can make a movie out of this; I guess having two Oscar award winners will help, but the trailer doesn’t show much else.  It makes me think of the film Open Water, which films a recently-wed couple that gets stranded in the ocean, only to be, well, I won’t spoil it for ya.  Enjoy the trailer, and hit the link below for a fun Frommer’s fact about Gravity’s director.

END_OF_DOCUMENT_TOKEN_TO_BE_REPLACED

Raise your hand if you had Blizzard’s “World of Warcraft” lasting more than 9 years; I know I never thought it would last this long (that’s what she said).  Reaching subscriber highs of more than 12 million paid players in 2010, the world of Azeroth has now dipped back down to the 8 million mark, which has raised concerns in the Blizzard Activision Inc. offices.  Activision’s brass commented on those concerns today, commenting also on “challenges in the global economy. For these reasons, we remain cautious. However, our focused and disciplined approach to our business has served us well in the past, and through continued investment and careful management of our costs, we expect to continue delivering shareholder value over the long term as we have for the last 20 years.”  Activision also added that the majority of the defections came from the East, rather than the West, signaling that Azeroth is still going strong in American households.  Hit the link below for more thoughts on the WoW business model, and the way ahead.

END_OF_DOCUMENT_TOKEN_TO_BE_REPLACED

According to the show’s creator, Adam Reed, “Archer” can be described as “James Bond meets Arrested Development”.  As a huge fan of both, I can emphatically say that if you haven’t seen this incredibly hilarious show yet, you’re wrong.  Since its inception in 2010, Archer has stormed up the ratings charts not only on FX, but on television, and just recently completed its fourth season on the air, with a fifth already signed and on the books.  That’s news that makes this guy smile.

END_OF_DOCUMENT_TOKEN_TO_BE_REPLACED

SNL has been down for years now, so it is truly rare to get a quality episode these days.  Those great or even simply good episodes are always centered around a dynamic celebrity host, as the current cast simply lacks true star, comedic power.  It seems that as soon as a comedian on the cast emerges, they leave for bigger and better TV deals and/or movies, but who can blame them?  Zach Galifianakis, the driving star behind the stellar “Hangover” films, took the SNL helm as host this past Saturday night, and he did not disappoint.  Arguably the best skit of the show came as Zach appeared as a contestant on the game show, “Game of Game of Thrones”, with Bill Hader starring as the host.  Although it’s no “Celebrity Jeopardy” with Will Ferrell and Darrell Hammond, it had that same feel to it – as well as the laughs.

END_OF_DOCUMENT_TOKEN_TO_BE_REPLACED

The NBA Playoffs are in full swing, and I’m a happy camper because my Chicago Bulls are up 1-0 on the defending champion Miami Heat, and that’s without MVP Derrick Rose, Luol Deng, and Kirk Hinrich.  Although I am excited to catch Game 2 of the Bulls/Heat series tonight on TNT, the second game in the Spurs/Warriors series this evening will surely not disappoint.  You know what also never disappoints?  Photobombs.  I remember back in the early days of the Interweb, before you could “tag” faces of your friends on Facebook, Maxim magazine ran a “photobomb” or “that guy” photo contest where readers actually had to mail in photographs (snail mail, folks) of their best photobomb pics, whether they were planned or not.  How’s that for nostalgia?  Anywho, Tim Duncan just happens to land as an electronic photobomb in this awesome pic below; you’ll have to click on the link to check it out, because we’re dicks like that.