In America’s military, once you complete your undergraduate degree you become eligible for a chance to earn a commission as an officer, and within a year or two, take command of a platoon of Marines or soldiers.  In North Korea when you’re about the same age, if your daddy just so happens to be the dictator, you can take command of the starving country’s 1 million-man army.  Kim Jong-un has recently toned down his nuclear-sized rhetoric lately (thanks to Dennis Rodman for his verbal diplomatic efforts: “Do me a solid, bro!”), but he will likely continue to be a thorn in the world’s side until this country, or everyone else on the planet decides enough is enough and conduct a good ol’ fashioned regime change.  I think the main reason why the dude is still in power however is because Mr. Jong-un is so easy to meme on the Internet; it’s so easy in fact, that I’ve had to break this hilarious funny pic / meme-fest into multiple parts!  Click the link below to get your laugh on, America! 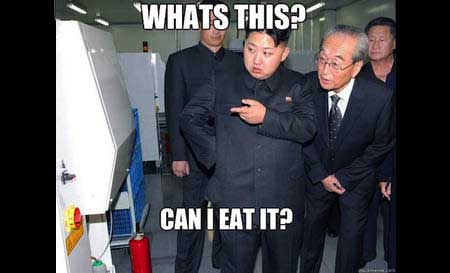 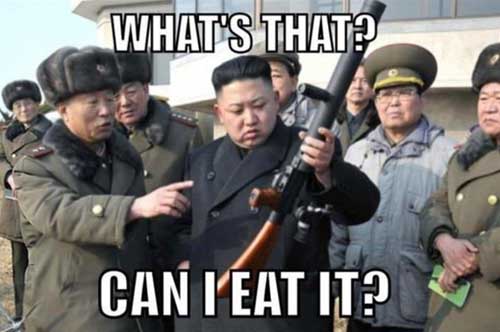 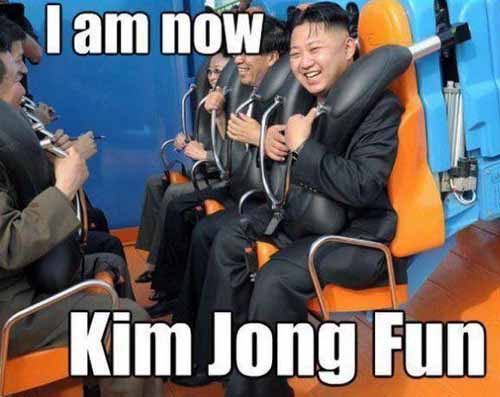 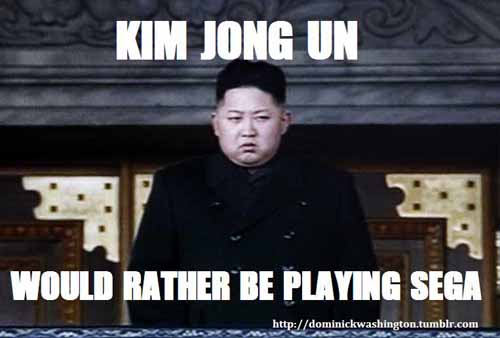 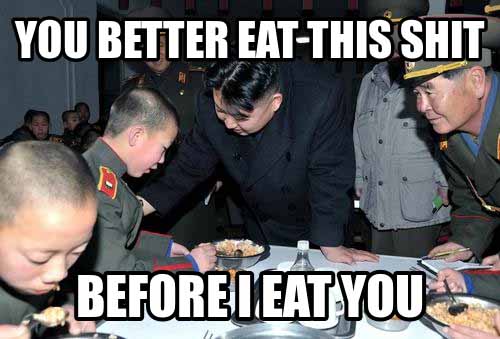 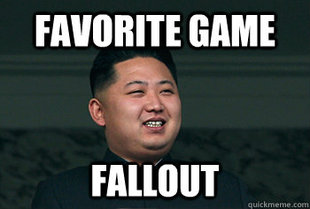 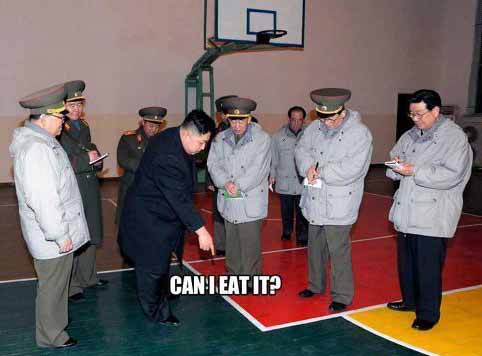 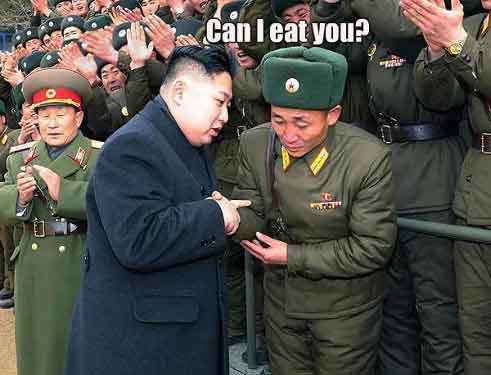 You can’t go wrong with the Kim Jong-un eating memes; I don’t think those will ever get old, as long as that goofy dude stays fat.  You gotta appreciate his military high-and-tight haircut though; that’s probably the only part of boot camp that he experienced, if that.

As promised, we’ve got tons more hilarious Kim Jong-un funny pics and memes to come, as this is just part 1.  Drop us a line below for links to ones we missed, or anything North Korea in general!

Click here for all of our funny pics, and enjoy SQ!