After more than 160 years since its invention, the elevator remains arguably one of the most socially-awkward environments today.  Everyone stares straight ahead, talking is strictly forbidden, and everyone is hoping in the back of their mind that the lift doesn’t get stuck.  Or that Hannibal Lecter isn’t hiding on top of it.  Gaming has incorporated the awkward, but useful invention since the 1980’s in some very memorable games, such as TMNT: Turtles in Time, and the very first Mass Effect.  So how the heck does an elevator garner its own tribute on SQ?  Well, we labeled it as an “odd” gaming tribute, so we think that justifies the love, however through our nearly twenty some odd years of gaming experience, we’ve come to notice a few awesome trends that all revolve around the epic experience that is the virtual elevator; click that attractive link below for full, scientific results.

Games can be taxing, especially fast-paced games where you’re struggling to reach certain checkpoints.  We’ve all been there before: you’re hungry, or need another beer (or six) but you just can’t put the controller down (because your hooked, or there’s no save point), and your roommate left for work.  So you truck onward, only to pleasantly encounter the virtual oasis known as the elevator, which means you’ve got about 6 seconds to spare.  So we do our best parkour impression by vaulting the couch in a legendary scramble to the kitchen, grabbing alcohol and greasy food faster than an experienced soccer mom can sprint through Supermarket Sweep’s final challenge, leaving about half a second to spare to slam some beer, and shovel about six healthy servings of Cheez-Its into our pie hole’s before the next wave of zombies run at you as the elevator doors open.  There’s no in-game achievement for that, but there should.  Maybe the next generation of Kinects will feature that? 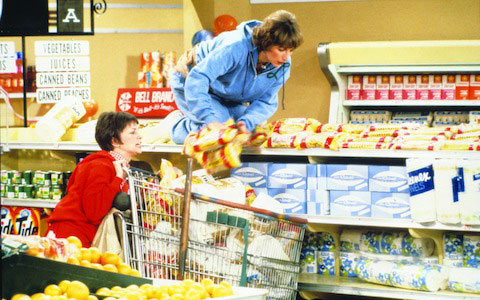 The Pause for Effect … Effect

So there you are, having just battled your way through a ridiculous level for the first time, and you’re about to enter unknown territory.  You hop into the elevator, and you wait.  Then you wait a few seconds longer.  That pause in many cases was built in simply to build anticipation, anxiety, excitement, and/or even fear for what’s to come.  In many games the elevator is the last safe haven you and your team may witness before the doors open in front of the final boss; did you count all of your potions before the door opened and your buddy ran out like Leeroy Jenkins?  There are countless games with that very scenario; the earliest game I can recall is Final Fantasy Legends (the very first one) for Game Boy, where you get to go toe to toe with the creator (who I still have never taken down, sadly).  What other games end with an elevator ride to the final boss?  Fill me in below; I know they’re out there. 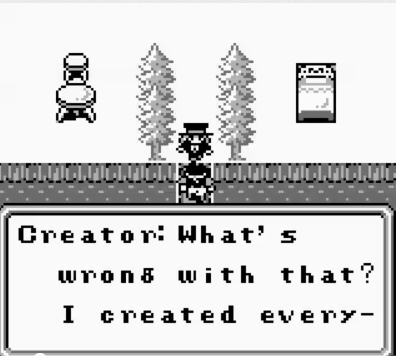 This takes me back to my NES/SNES days where I’m shoulder to shoulder with my buddies from my neighborhood after school or over Summer break.  Co-op games were king, and the virtual elevator was the perfect venue to learn all those bad leadership traits, like harassing your team members, telling them what a shitty job they did on that last level, and making darn sure they know that they had better not get you killed after those doors open.  Oh the memories; come to think of it, none of those friendships really lasted.  Oh well, I digress, but you get my point.  The elevator provided just enough break in the action to after action review (sorry, that’s the Marine Corps coming out of me again; just be thankful I didn’t acronym it and not tell you what it meant) the last mission, and/or establish the game plan going forward.  So with that logic, the gaming elevator really taught us a lot about leadership, time management, and delegation.  I bet you never thought about that, did you?  (Yes, that’s a stretch, but this is a blog, so yeah.) 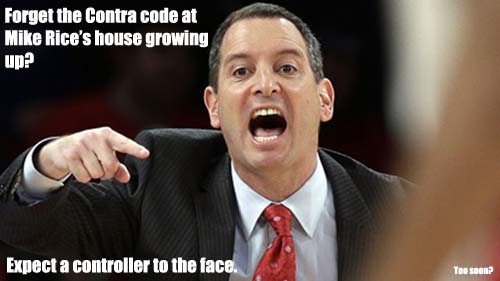 These trends are not all-encompassing.  We here at SQ have quite a bit of experience, however we want to stress the “S” in “SQ”; we’re not experts, but we did stay at a Holiday Inn last night.  Actually only I did; my fellow business partner/co-author probably just slept in his apartment.

If I had to rank my most memorable gaming elevator experience, I would have to go back to the very first title I mentioned in Teenage Mutant Ninja Turtles: Turtles in Time for the NES.  Maybe I chose that because it was the first memorable elevator experience that I had, or because it was such a tense part of the game; that game on the other hand was an adrenaline rush the whole way through though.  Mass Effect is up there as well, simply for the realism aspect that the elevator scenes inject; I realize many gamers despise that aspect of the first ME, but I loved it.  I was pissed when I found out that Bioware left the elevator scenes out of ME2, but oh well.

So SQ nation, what trends are we leaving out, and what are your most memorable elevator experiences in gaming?  Drop your thoughts in the comments below, if you’re qualified!

One Reply to “Odd Gaming Tributes: The Elevator”