Before ya’ll (I’m now a Texan so I’m allowed to say that) bash yours truly for being epicly late to the proverbial party on this post, let me state that I don’t care.  I am an emphatic gamer, and I have only just recently opened up to the intriguing world of iOS games.  Aside from the slew of awesome ports that have made their way to the iPhone app store (Final Fantasy Tactics = awesome), I haven’t found much that I’ve honestly enjoyed for more than five minutes.  The endless running games don’t do it for me, and I’ve been all Angry Birded out for months now.  But then something happened: I came across a platformer called, “Mutant Mudds”, and it has really brought me back.

Mutant Mudds is Mario for your iPhone 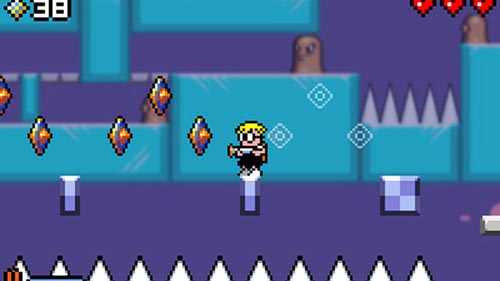 I grew up playing Mario; I know how that gameplay feels, and few platform games have truly replicated it successfully.  Mutant Mudds accomplished it, and the end result is a simple, addictive, and awesomely fun platform game for your iPhone that if you haven’t downloaded yet, you need to stat.  Like now – stop reading this and head to the app store.

Not having read a single preview or synopsis on Mutant Mudds prior to firing it up on my iPhone 5, I had no idea that the world was actually multi-layered.  What do i mean by that?  Well if you’re wearing bi-focals on that mug of yours, then you will understand what I’m talking about.  Throughout the game you’re forced to go deeper into the world, which means you need to adjust your eyes’ focus in order to stay alive.  The reverse can also occur, as you can jump towards the screen, and progress through the level that way.  The developers really integrated this smoothly, and while I’m sure its not the first game to feature this, it really adds another layer to the already rock-solid gameplay that again, feels just like Super Mario from when I was a kid.

While I have yet to complete the game, I am just about the finish line, although it’s starting to become a little tedious as I have to head back and collect more coins so I can purchase that last power up from Grandma’s Attic.  Yes, you read that correctly: your grandmother is running her own black market in her attic.  Who would ever suspect a grandmother anyway?  Brilliant. 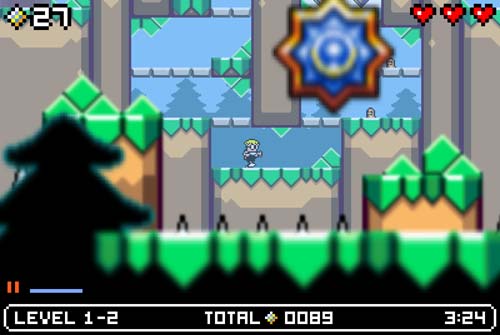 Bottom line: Mutant Mudd is a bad ass game that needs a spot on your iPhone.  Download it now!

Got any stellar iOS game recommendations for those of us that are hooked on Mutant Mudds?  Drop your comments below if you think you’re qualified!