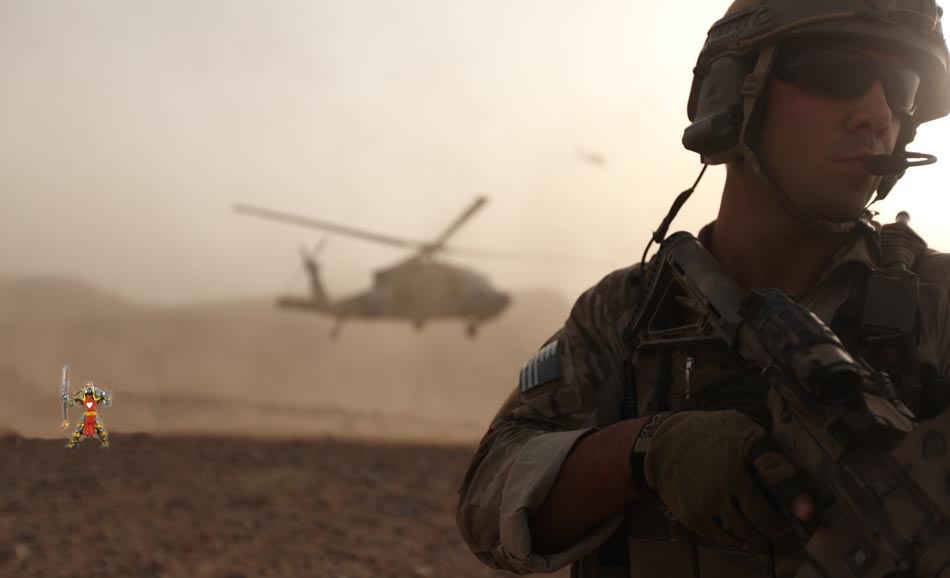 Leeroy Jenkins in the Workplace

Oh Leeroy.  For those who haven’t experienced “Inside Combat Rescue” on NatGeoTV yet, Leeroy Jenkins actually only makes an audible appearance, and quite honestly, its a sound that you do not want to hear.  Sadly, it’s a sound bite these gentlemen and everyone watching hear all too much, because it’s played over the speakers in the soldier’s barracks area alerting the teams on standby that they’ve got a wounded soldier on the ground that needs an immediate MEDEVAC (medical rescue flight).  The PJ’s get the call more times than not for the tougher rescue missions: rescues under fire, rescues for fellow SPECOP teams in the area, and the more complex scenarios where you simply need more experience, and more firepower during a rescue that a regular Army MEDEVAC simply cannot, or will not do.  So is the sound bit appropriate?  Yes and no.  I guarantee the only time those guys laughed at or about it was the first time they heard it, simply because A, they know all too well what it really means, and B, they’re already mentally preparing themselves to drop down into a combat zone.  I think it’s appropriate, and from a leadership perspective, it keeps your guys loose subliminally, regardless of serious it gets.  Deployments are long; if you’ve ever thought you’ve had a bad work week, try doing a 7 or 12 month work week where there is no Saturday to look forward to.  Well, there is, but it’s as far as 7 months out.  So I promised a funny deployment story, didn’t I? 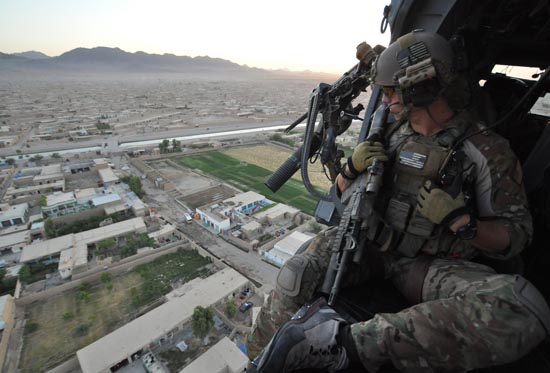 Female Pilot on the Radio

So there I am, walking to the pisser at COP Spin Ghar in northern Nawa District, in Helmand Province, Afghanistan, when a fellow Lieutenant runs by me going the other way towards the COC.  My initial guess: one of our patrols came in contact, or an IED went off and the QRF (Quick Reaction Force) had to get spun up.  When I yelled to ask what was up, all I heard as he ran the other way via the Doppler Effect was, “FEMALE PILOT ON THE RADIOOOOOOOOOOOOOOOO!”  Instantly, I understood, and was up on his heels and through the door of the COC to join the party.  Why all the hysteria, you ask?  When you go without seeing an actual female/woman for months on end, when you hear one on the radio, guys will be guys, or more specifically, Marines will be Marines.  This was the typical conversation, “She sounds hot”; “Ask her what kind of ordnance she’s carrying”; “Ten bucks she’s a blond”.  Guys are laughing, smiling, and for a few minutes, they’re not even thinking about where they’re at or what/who they’re surrounded by.  Sexist?  Probably, but it sure did lighten the mood, and there are days where that’s definitely needed.

In sum, you need to see this show.  I hate “reality” television; folks, this is real reality television.

Got better stories to tell from your own deployments?  Drop them below, and thanks for stopping by SQ!