People have been picking days on the calendar to be the “end of the world” for centuries now, so I think humanity is kind of immune to them.  The Mayans maybe had the biggest following, but look how that one ended up: we’re all still here, and the six of you that read this secretly awesome website are happy and well.  Hollywood has of course done their part over the years, as global doom will certainly sell movie tickets, however today we look back at probably the coolest movie of 1997, when your’s truly was a freshman in high school, and the six of you were, well, I have no idea (we suck at keeping demographics at this point).  Hit the link below for the full funny picture!

Funny Picture: And So It Begins 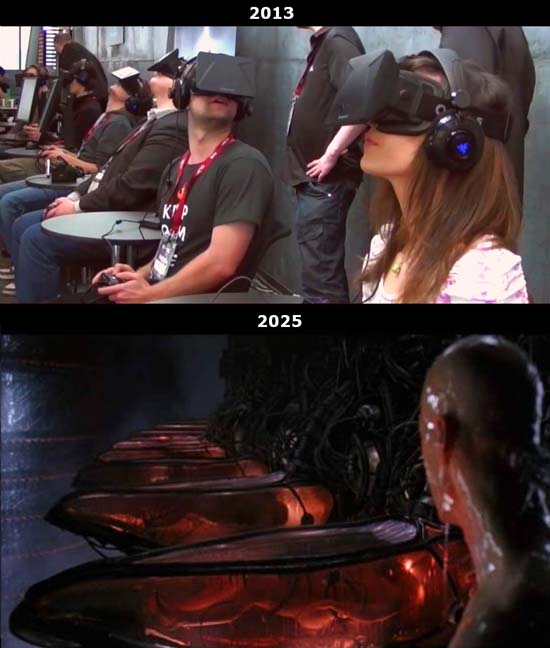 1997 brought Keanu Reaves into theaters as Neo in the awesome, sci-fi action/thriller The Matrix, which I think I probably saw at least three or four times that year.  It would really suck to find out our entire world is actually a huge computer program, but after deeper thought, I guess it depends on what program.  Let’s hear what program you’d prefer to be stuck in with the comments below!