There are those handful of movies that when you see that they’re on television you’ll watch, even if you’ve seen the film a million times already.  Whether it’s late at night, or a lazy Saturday afternoon on the couch, if Bloodsport or Behind Enemy Lines comes on there’s a 99.9% chance my butt is not leaving the couch.  However if Independence Day comes on, that percentage just hit 100%.

But there may be something you didn’t know about Independence Day, which believe it or not will turn 18 years old this July.  Having just watched Will Smith and Randy Quaid expel the city-leveling alien force yet again this past week, I came across some very subtle life lessons – five of them, to be exact – that may just surprise you.

You may have noticed these, or you may have missed them entirely – the keyword here is most definitely subtle.  Also if you’re new to SQ Nation, please be advised that we place heavy emphasis on the first half of our brand, rather than the latter.  Translation: we think you’ll like it here!  So without further adieu, I present the five subtle life lessons learned from one of the greatest movies of all-time, Independence Day.

1. Dolphins Are the Key to a Woman’s Heart 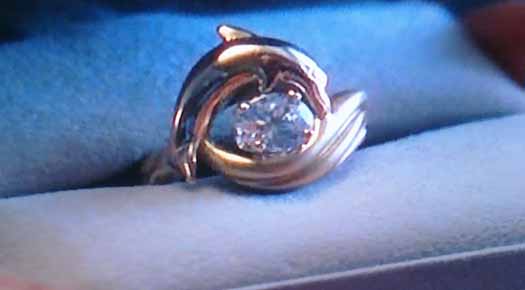 Guys, this one is aimed specifically at you.  While Jasmine technically was a stripper in Independence Day, don’t let that fool you: all chicks love dolphins, so you will rise to superstar status in your relationship if your next date just happens to be Sea World.  While you may not want to go straight for the dolphin engagement ring, it worked for Captain Hiller so hey, it will probably work for you too! [The whole “he’s a Marine Corps fighter pilot” may or may not have had anything to do with her response, but don’t let that get you down!]

2. That Drunk Guy in the Winnebago Who Almost T-Boned you on I-95 Today May Just Save the World Tomorrow 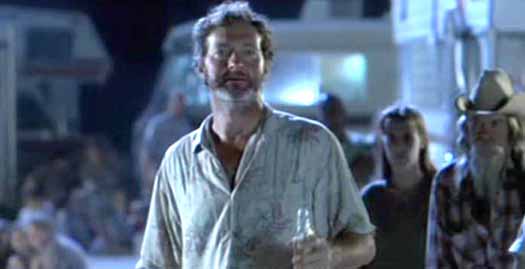 Who knew that much self-sacrifice and pure courage could stumble out of a Winnebago?  In all seriousness, maybe the better life lesson title for #2 would be “don’t be so quick to judge”, but that just wouldn’t be funny now would it?  Maybe another subtle life lesson from this could be “flying a $20 million dollar F-15 is basically just like flying a Wright Bros’ era crop duster”, and yes, I am aware that he was a pilot in Nam. (don’t test my Independence Day trivia skills!) 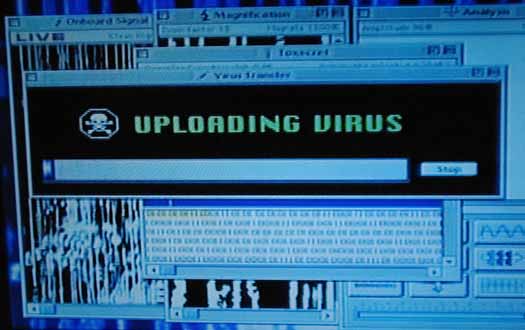 Did you hear that noise?  It sounded like a whoosh of relief coming from somewhere in the direction of Washington.  Yep it did – it was actually the entire NSA Accounting department realizing that their 64,000 Windows XP licenses (they’re freaking stubborn, aren’t they?) will work just fine if/when giant flying saucers descend on the earth after Jeff Goldblum is no longer here to save everyone’s ass.  But CRAP – WAIT – what about when Dinosaurs return? 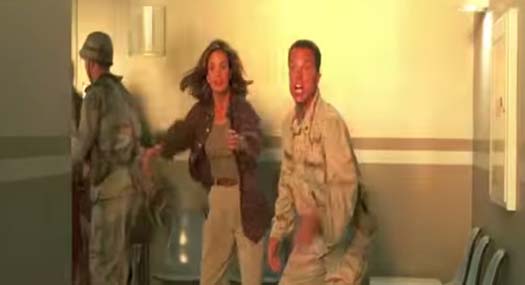 First of all, we all know Area 51 exists, so there’s nothing new or subtle about that.  What we did not know – and this scene from Independence Day is a quick one – is just how nice and professional the Area 51 elevator waiting room really is.  I mean just look at that seating area – they even decorated it with some surely-bland artwork.  You could probably fit 6 or 7 scientists or spies in there, and that’s comfortably!

5. Great Movies Don’t Have to Be “Good” to Be Great 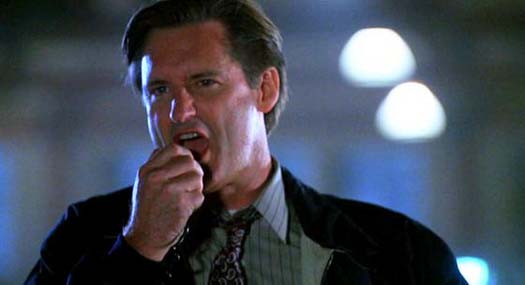 Maybe it was the President’s (Bill Pullman) inspirational speech to the troops, or maybe it was just the classic one-liners; for whatever reason, Independence Day is just one of those movies that was, and is still just simply awesome.  It didn’t take home any major acting awards (though it did win an Oscar for Best Effects/Visuals), but for some reason we always find ourselves watching it, and quoting it again and again.  You know, there’s a reason why the cable channel companies keep re-syndicating this movie – because it’s just good.