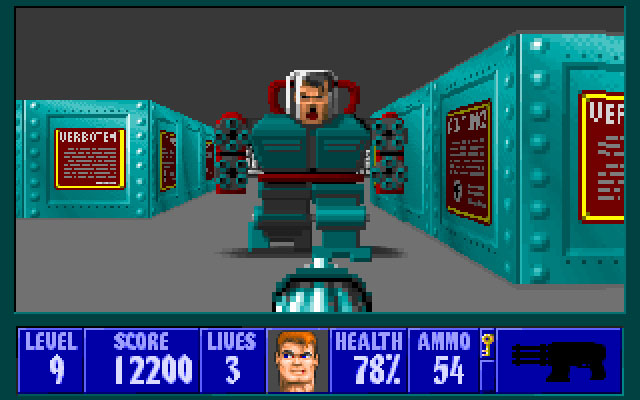 Wolfenstein.  If you’re not old enough to remember Adolf Hitler with chain guns for hands, then you really missed out.  Well, if that’s the case, you missed out on a slew of awesome gaming experiences from the 80’s.  But before I get all retro on the fifty of you or so that actually read SQ on a daily basis, let’s comment on some gaming news, shall we?  The New Order, the latest “Wolfenstein” installment from Bethesda Softworks was originally slated for a holiday 2013 release, but apparently it needs polish.  So much polish that the development crew slid it all the way to “sometime in 2014”.  Although that doesn’t sound promising, the game is not dead in the water yet.  Caress that link below for a link to the news release, and of course, our Pulitzer-esque commentary.

Wolfenstein: The New Order Delayed to 2014

First off, kudos to Polygon for breaking the news, which you can check out right here.  With that out of the way, on to the discussion.

Bethesda has always been the big name that always seems to underwhelm from my perspective.  I have never been to impressed with the Oblivion series, but I am probably biased: I’m not a fan of any first-person RPG.  Wolfenstein however, I will likely always have high expectations for; I think all of us who played and enjoyed slaying Mr. Hitler when we were still in grade school will always hold high expectations for new editions, because it was so iconic, and so early on in our gaming lives.

What are your thoughts?  I’d like to add that I am all for delaying a game for a little extra programming and design love, especially if it comes out and meets expectations.