Yusuf Mehdi, a senior vice president of the Windows giant’s Online Audience Business Group has placed Microsoft’s profitability bet, and it’s a steep one: “break-even or profitable on Day 1”.  Mehdi, a 21-year veteran of Microsoft Corp. with degrees from Princeton and Washington (BA Econ + MBA, respectively), is not only a smart dude, but incredibly successful.  According to his CrunchBase profile, he has led or been at the forefront at some of Microsoft’s, and even Reuters’ (his previous professional stop) biggest achievements.  He’s looking to add the Xbox One to his list of professional accomplishments, and with launch day just 16 days or so away, the day of reckoning is just around the corner.  So how realistic is this bet that he dropped this past Tuesday at the Citi Global Technology Conference?  Would you take it?  Based off his credentials alone, I think many folks would; as always however, there is more to the story line.

At $500 bucks a pop for an Xbox One, Microsoft’s total costs per unit (or per Xbox One console produced) must be below that figure in order to be profitable; my assumption is that they are around a cost per unit of about $450-475 right now at pre-launch.  The higher the per unit price tag, the quicker the company can move towards that break-even point, and overall profitability beyond getting their investment money back.  Mr. Mehdi added a great comment on this topic at Tuesday’s tech conference: “And as we can cost-reduce our box as we’ve done with 360, we’ll do that to continue to price reduce and get even more competitive with our offering.” Continuous cost improvements to the design, manufacturing, etc, is the other avenue in which they can drive the cost per unit down, which will increase each console’s, and the product line’s push towards profitability and greater margins.  This all must be brought back to reality however, meaning that all of these figures, projections, and quotes are nothing more than educated expectations – expectations that seem to contradict recent history.  Who remembers the PS3’s original price tag? 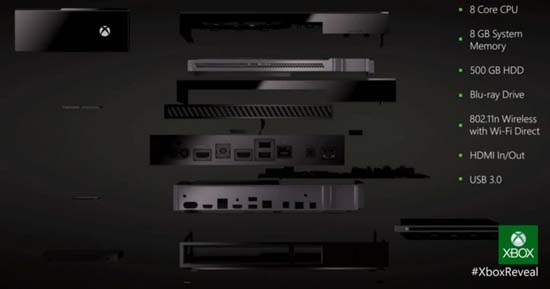 Historical Data: Did Microsoft Miss This, or Are They That Confident?

If you guessed that the original PlayStation 3 price tag was set at $500 for launch, you were right!  Now who can remember who won the console launch battle last generation?  If you guessed the Nintendo Wii, you would be right again, although what I’d really like to drive you towards is the Xbox 360, which launched at a mere $300.  Now I clearly remember seeing that $200 price difference between the 360 and PS3, and I was honestly appalled: $500 for a new console, are you kidding me, Sony?  No, they weren’t.  Long story short, their business plan and cost-per unit price tag of $500 for the base model was an epic failure, and they have been playing catch-up ever since.  Now granted other variables were at play: the 360 had a much better launch library, not to mention that it launched before the PS3.  Over the long-term however, the PS3 has recovered quite nicely with some very impressive games and a free Internet-play model, along with a substantial console price drop.  So was that $500 price tag worth it?  According to a recent article and interview in Forbes, Microsoft’s Albert Panello, senior director of product planning and management at Xbox, claims ““I think we do more.  I think our games are better.  I think as people start to experience Kinect and see what it can do using voice, I think that’s better.  I think the ability to have an all-in-one system where you can plug in the TV, that’s better.  I think we’ll have a better online service.”  Albert is another smart dude, but did he forget about history?  I guarantee that one could find one or multiple quotes from Sony PlayStation execs that made the exact same claims pre-launch, and look what happened: gamers were turned off by the $500 price tag.  Time will tell, I guess. 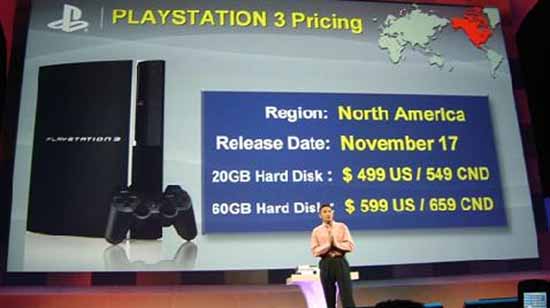 48 million is a lot of gamers.  When all 48 million of those gamers throw down their personal or their mom’s credit cards for Xbox Live each month, that’s a lot of money.  Let’s do some quick math: 48 million *  $60 (annual Xbox Live subscription) = $2,880,000,000.  That’s almost $3 billion dollars worth of revenue just from the Xbox Live service, which is a revenue source that Sony doesn’t have to throw into their projections.  Kudos to Microsoft for absolutely owning the online/multiplayer market, as that has and certainly will continue to help pad their bottom line.

So what do you think?  Is $500 bucks too high for the Xbox One?  Early GameStop pre-orders show folks are favoring the PS4 (how much is from the Microsoft marketing fail?), but will the tide turn?  And when?  Who’s got the better launch library?

Drop us your thoughts in the comments below, and cheers to console launch month!