Next Xbox Revealed on May 21st; WILL Require Internet

Well now, it sure didn’t take long to confirm the always-online rumor; according to the Man of the Hour, the next Xbox will require an Internet connection, to most gamer’s dismay.  SQ originally reported the rumor just three days ago, and with Mr. Thurrot’s confirmation it appears to be gaining strength.  Expect for final confirmation during the official reveal on May 21st, assuming of course that rumor is valid! 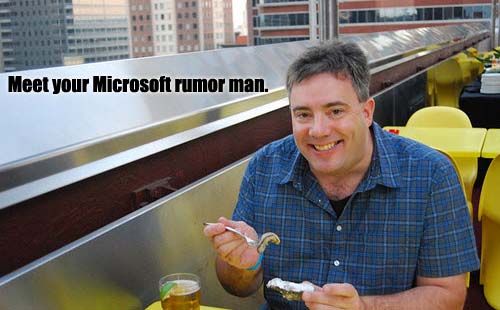 Want more good news?  The Durango is going to be expensive – like $500 expensive.  Here’s the quote from the man with a blog behind the Microsoft curtain:

So you’re tellin me, after I drop $500 for the new Xbox, that I have to be online to play?  Are you trying to lose the next console battle, or are you channeling some sort of Sun Tzu feint?  I’m failing to see the logic, but like I alluded to in the last post on these shenanigans, I’m assuming the suits up in Durango executive branch see some monetary value in going these routes.  The key word is “assuming”.  Mr. Thurrott went on to add:

“Will Microsoft change this requirement in the wake of early outrage? Frankly I think we’re too far along in the development process of the next Xbox, codenamed Durango, to make such a change. More to the point, I think that an always-on Xbox is directly in keeping with Microsoft’s strategy for all next-generation platforms.”

Before he got off his virtual soapbox, Thurrot made one last proclamation in the form of a new Xbox 360 release dubbed “Stingray”, and with a tantalizing asking price of only $99.

Well the evidence is mounting, and like ya’all, we are looking forward to the 21st of May to see how the Durango really shakes out.