This Monday a new crowdfund will launch from the hands of some of the original creators of the epic, survival-horror GameCube game, Eternal Darkness, with the hopes that they will be able to fund raise  or “crowdfund”, enough cash to build what the entire fan base has been aching for since 2002: an Eternal Darkness sequel.  The good news is that this does not appear to be fake, as the creator’s have formed a new, legalized development company called Precursor games, and they’ve already published a sneak peak to the proposed sequel, which will be called “Shadow of the Eternals”.  Hit the link below for the official trailer, and more info on this exciting new crowdfund!

Let’s jump straight to the good stuff, shall we?  You can check out the Shadow of the Eternals trailer here; big thanks to IGN for sharing their bandwidth to host the footage.  My initial thoughts = the game looks and sounds like Eternal Darkness, and that’s enough to get me excited.  Next up is the link for the official game/crowdfund campaign launch website, which you can find right here; as you can see from their website, the new company name is called Precursor Games, and they’ve already registered for the three major social media outlets.  While the official Precursor Games website is a giant 404 right now; expect that to change pretty rapidly this Monday, or at least shortly thereafter. 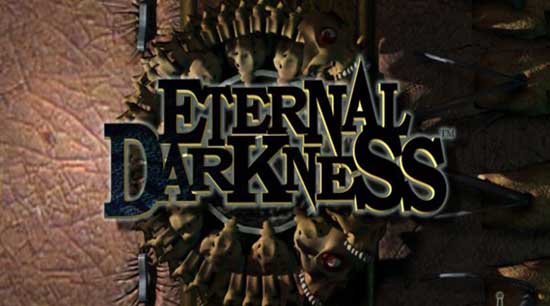 It’s been a long time since I threw that tiny Eternal Darkness, GameCube disc in for some survival horror fun, but I have nothing but great memories.  For those that haven’t played, but think immediately to probably the #1 survival horror series, Resident Evil, as a comparison, let me just say that ET was much different, but in a great way.  ET actually had a compelling story, and wasn’t centered around the zombie apocalypse; it felt very much like playing a Bioware game for the first time (Baldur’s Gate for me) and realizing how much better an RPG could be with an actual, detailed story.  ET was unique and fairly awesome, and I’m excited for more on Shadow of the Eternals.

As usual, MTF!  In the meantime, drop your Eternal Darkness memories below!