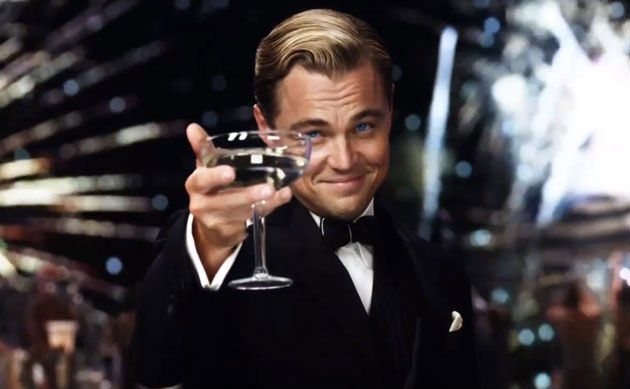 Every now and then a movie comes along that we feel compelled to see. Not because we need to fill that gaping whole in our hearts (we have scotch and steak for that), but because we need to stay culturally relevant in discussions. Imagine subbing yourself out of a conversation with the belle of the ball or the handsome gentlemen, “Oh no, I didn’t see that…” And then the awkward icy air wafts up and slaps you in the face only the way Harvey Keitel in a suit could.

Every now and then, a Gatsby comes along. Pardon me, The Gatsby comes along: Leonardo Di Caprio. He may have been in a lot of films lately, but that’s like blaming Lebron James for winning too many games that matter. In his titular role, Leo plays a duplicitous role in singular fashion. He plays the suave yet understandably nervous 30 year old. He acts as a man with an unraveled past and unraveling future. He plays both what we see him to be, and what we hope he can become. Because he’s fucking Leo.

A superb date night film, The Great Gatsby is worth every penny. Its humor arrives unexpectedly and refreshingly, and by the end of the film, you will be pleasantly surprised that it’s outlandish and at-times excessive style worked in its favor – not against. Plus, you want to be able to converse about The Great Gatsby, don’t you?