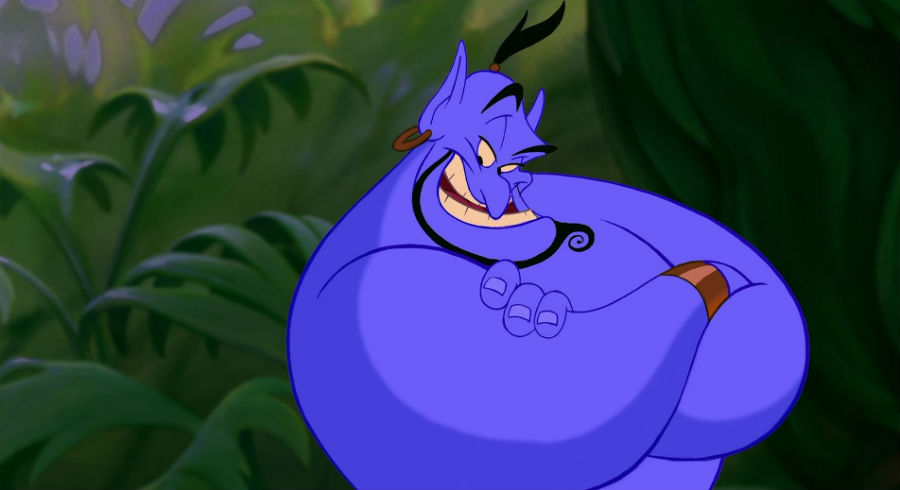 Remember Robin Williams’ rendition of the Genie from Aladdin? That was a great cast back in 1992. “Genie, wake up and smell the hummus!”

Well we’re alive and out of the lamp, so here’s our current WoW wish list.

First wish: Inta-queue for multiple toons. For example, if I’m in LFR queue on my pally, I should be able to queue as my mage or warlock. Because some queues are cresting an hour, and I may not want to kill an hour on my mage, but I may want to raid with him. What a great way to reward players who have sunk in that much time to multiple toons.

Second wish: Faster flying mounts. Like 1000% faster flight speed. We’ve come a long way since having to stop at every flight point (for those of you who started playing after vanilla WoW – you had to fly from FP to FP to FP…to FP – no connecting flights!). But this 310% has to go. That’s not a reward – that’s a conservative old guy in Blizzard’s creative room with an Azerothian stick up his arse.

Third wish: A second (or third) hero class. The Death Knight was a great concept in both theory and practice, and we want more. It’s almost like Blizzard forgot about this entirely. Maybe a leather wearer? I don’t want competition on more plate or cloth gear.

Maybe we’ll see these changes come in future patches and expansions. I have always held a special place in my heart for all things World of Warcraft – and Blizzard has created what might go down as a once-in-a-generation game. But I’m human – so I want more.

One Reply to “World of Warcraft Wishlist”