Wait, what?  Jarhead 2?  Yeah, that’s the exact same reaction I had when I saw this earlier today.  Apparently some movie investor out there believed the “Jarhead” name still had some financial value associated with it, so now Jarhead 2 is coming (thankfully) straight to Blu-Ray & DVD on August 19th.  You would think this is Gulf War, or at least Anthony Swofford related, but it’s not; Jarhead 2 actually takes place in Afghanistan, and to be completely honest the movie looks like a train wreck.

I think everyone pretty much understands that any film that skips the theaters and heads straight to video won’t be very good; how that doesn’t seem to translate to the investors is beyond me, but what do I know?  I do know that this movie trailer for Jarhead “2” actually made me laugh, and I have to point out that seeing that this movie is not a comedy, the trailer should not make me laugh.  It is just that bad, and for my fellow Marines out there in SQ Nation, just wait until you see the heinousness that occurs at the 0:53 second mark.  Wow, just wow. (Pic below!) 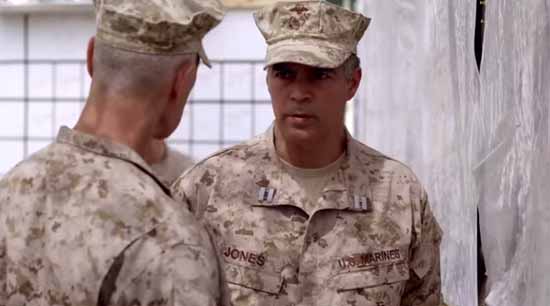 I can’t stop laughing!  About the only cool thing this movie had going for it was that it “takes place” in Garmsir, which is a chai cup’s throw away from where I was at in Helmand; too bad every other aspect of this movie looks like garbage!

Take a pass on this one, ladies and gents, but at least the trailer is entertaining!