Growing up in Chicago without cable television, WGN was one of the few channels we had that was actually worth watching: where else could I watch Bloodsport three times a week and still catch a White Sox game live?  Yes, I am a White Sox fan, but I am indifferent when it comes to the playoffs – in other words, as long as someone from Chicago wins it I’m happy.  That being said, I did watch plenty of Cubs games growing up with the real Harry Caray behind the mic, and he was hilarious; I can’t tell you how many times I heard him call a routine fly ball “outta heyuh!” only it to land ten yards shy of the warning track.  The “ice-cold Budweiser” was always flowing in the WGN booth, and who better to impersonate the legend than another legend in Will Ferrell.  We all know and love Will’s SNL Harray Caray skits, but this is a gem of a spoof from earlier this year that is great to re-live: Will Farrell’s Harry Caray spoofed over the Lumineer’s “Hey Ho” sound.  Must-see TV!

END_OF_DOCUMENT_TOKEN_TO_BE_REPLACED 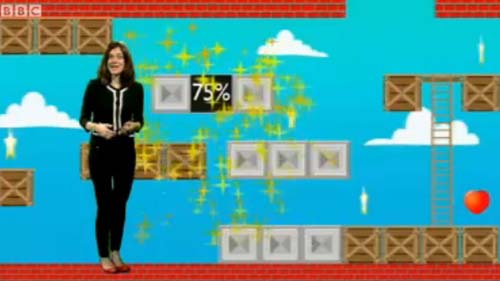 With the American media dominated by CNN and Fox News, many of us turn to other country’s news outlets for a more objective approach to not only what goes on over in our hemisphere, but throughout the entire world.  So like many Yankees (or White Sox fans; no offense, New York), I have news sites like BBC in my regular web rotation; it is through their recent technology news archives that I come across this incredibly interesting news story: gaming experts in the UK are predicting that by the end of the 2013 calendar year, the majority of British gamers will be female.  Shocking?  Yeah, I would say so.  Hit the link below for the full report!