In my four years as a Marine Corps officer, I had many young Marines tell me they had originally enlisted with the Marine Corps because they wanted to become a scout sniper.  I have also fielded a handful of phone calls from friends of family whose sons are interested in enlisting, with many of those as well wanting to earn the title, scout sniper.  I bring this up because I feel that I am slightly qualified; no, I am not a scout sniper.  I was a scout sniper platoon commander however, and have been through Scout Sniper Platoon Commander’s course.  I also have had the grueling opportunity to attend Scout Sniper Basic Course, which is the venue where enlisted Marines, and sometimes Navy SEALs, Soldiers, and even Navy Corpsmen get the chance to become Marine scout snipers.  I will tell you that school is as physically demanding as Infantry Officers Course, which has been in the news recently, although it doesn’t hold a candle mentally.  Regardless, I didn’t make the cut; I fell three shots short on the known distance range to be exact, and it’s a credit to those who do qualify to truly earn the title.  I passed every other phase, to include stalking, but that’s not good enough, and I don’t want to cut corners.  Not everyone can be a Marine scout sniper, but lots of young men and women are interested in the true path to earning their own hog’s tooth; quietly hit the link below for my best advice to everyone/anyone interested in this elite path.

What MOS Should I Go For? 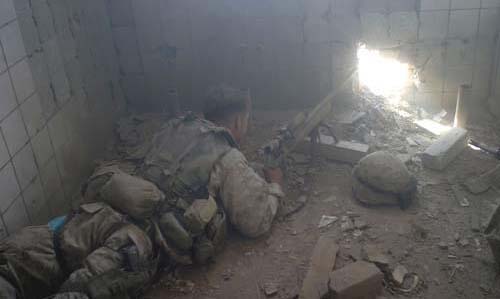 The most common misconception in perspective Marine recruits is that any MOS (military occupational specialty aka to my civilian readers: “your job”) can attend Scout Sniper Basic Course and become a sniper.  WRONG.  The only way you can become a Marine Corps sniper is if you enlist in the infantry.  End of story.  I don’t care how good you are with an M4 on the rifle range; if you’re MOS’ first two digits begin with anything other than 03, then you’re out of luck.  You must be in the infantry if you want to become a scout sniper.

Cross Rifles Are Your Friend 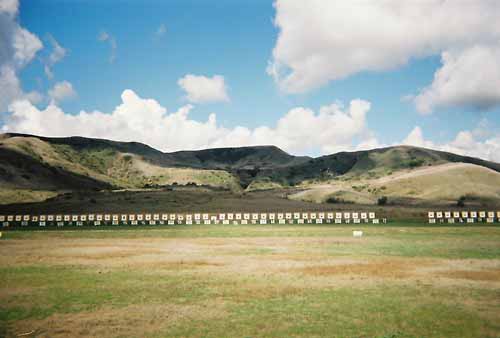 Although a sharpshooter award can get you in the conversation at some scout sniper basic course schoolhouses, an expert badge will get you in.  Be forewarned however that the expert award itself does not guarantee success; I had a rifle expert going in, but I had a low table 1 score.  It was high enough to nab an expert award, but your chances of success will go up significantly if you are cleaning up table 1.  Master the fundamentals; coach’s course can be a great way for young Marines to really nail down that skill set.

Expect to Wait (Standby to Standby)

Many prospective Marine recruits have the perception, whether its self-generated or through a recruiter, that as soon as they get out of boot camp they can roll straight to scout sniper basic course.  Once again, this is highly unlikely fellas; expect to wait a while before getting a shot at sniper school.  From my experience, Marines will hit their grunt units and get locked up in a line company for at least one deployment.  That can equal out to almost two years, or more, before you even can get a shot at a scout sniper platoon screener.  This isn’t always the case, and again this is just based off my experience, but take it for what its worth.

I mentioned the word “screener”.  There is only one scout sniper platoon per Marine Corps infantry battalion, which is made up of about 1,000 Marines and Sailors.  You can Google how many infantry battalions the Marine Corps has, and that will show you just how limited some of these platoon slots are.  Each platoon will hold regular screeners as they look for new members, but be advised, you need to be at the top of your game, not just physically, but mentally and PROFESSIONALLY.  I will tell you the biggest character trait we looked for in our platoon was maturity; if you didn’t have it, there’s the door.  You are entrusted to operate outside the wire, sometimes well outside the range of friendly support, so every single team member has to not only be mature, but they have got to know their job, and their job’s core lies in the infantry skill set.  If you can show mastery of infantry skills, as well as a high level of maturity, then you’ve got a shot.  The physical part comes last; you can Google all the fun those hikes entails on your own. 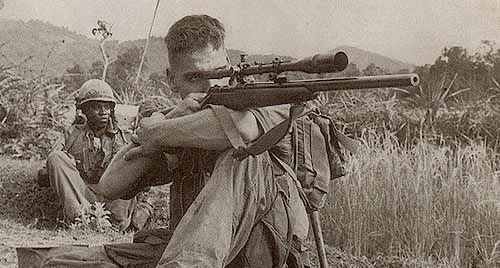 This ain’t for everyone.  If you’re truly interested in becoming a Marine scout sniper, you have to truly want to become a grunt; selecting 0300 as your MOS is the only way to go.  After that, embrace the infantry world and soak up as much as you can; also understand that you have to be patient, as you may not get an immediate shot at a platoon screener right away.  Above all else stay out of trouble, and show that high level of maturity; if that’s hard to do, think of an older Marine SNCO or officer who you look up to, and try and mimic how they carry themselves.  You may knock out every other aspect on your resume, but immaturity will rear itself throughout the selection process, and that may have been your only chance.

If you have any questions regarding this, or anything Marine Corps/military for that matter, drop a line below and I’ll get back to you ASAP.  Thanks for stopping by SlightlyQualified.com!

2 Replies to “How to Become a Marine Corps Scout Sniper”